Sport Events Congress 2021 (SEC21) will be a hybrid event offering the choice of in-person (live)
attendance in Ottawa or virtual attendance (participating from home) or both.

SEC on Day 1 & Day 2 will offer an in-person experience with COVID-19 protocols in place for all delegates. Activities will include:

SEC @ Home will feature a variety of on-demand and live content that delegates can enjoy from the comfort of home or office, including:

→ Check out our Speaker Line-Up

SEC21 will feature one of our most dynamic speaker line-ups ever! We are pleased to have a number of speakers / presenters who were originally scheduled to participate at SEC20 back on the roster for 2021.

In addition, we have some additional speakers and presenters who will focus on new topics that are most relevant to the sport tourism industry given the impact of the pandemic on our industry.

Fluently trilingual, Sylvie Bigras is an accomplished emcee and facilitator who has conducted national and expert stakeholder consultations, strategic planning, and organizational development projects. Her client list comprises local, national and international organizations, including the Canadian federal government, as well as not-for-profits and corporations.

A specialist in Communications at international sporting events, she has worked at 15 Olympic Games, 4 Commonwealth Games and 5 Pan American Games. She was the Press Chief for the Canadian Olympic Team in 2008 and 2010, as well as for Canada at the Glasgow 2014 and Gold Coast 2018 Commonwealth Games.

She has narrated numerous videos and presentations and is the “voice”​ of the Canadian War Museum.

Currently, she hosts and facilitates major events, as well as working with Canada’s Great Kitchen Party, a celebration of excellence in sport, music and food.

After almost seven years gaining experience in Montreal’s private and corporate event industry, Greg Amiel pursued his Master of Human Kinetics, Concentration in Sport Management, degree at the University of Ottawa where he graduated in 2016.

Greg has worked with the CFL’s Montreal Alouettes helping to design and run the in-game fan experience along as well as other fan-related events. Today, he keeps busy coordinating all promotional player, mascot and cheer appearances and/or community events for the Ottawa Redblacks, Ottawa 67’s and Ottawa Fury FC.

Greg is excited that he is able to fuse his passion for sports with his professional experience, and to pursue a great career in the sport business industry. Connecting with sports fans and developing a fan experience that creates incredible memories for others is what keeps him energized and motivated every single day.

Heather brings her special brand of limitless energy and genuine caring to every event she touches.

Having more than ten years of event experience, she thrives in the world of ‘many moving parts’ – aka the world of events.

Heather is passionate about positivity and spreading kindness on a daily basis.

Her company, Harmony Organization, focuses on all things organizing – whether that be someone’s home, office, life or corporate event.

She is our Sport Events Exchange Matchmaker and Registration / Go Congress Program Coordinator at SEC. 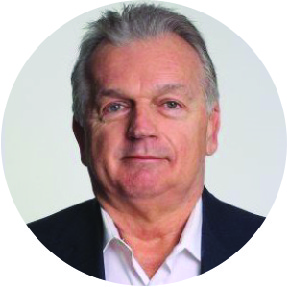 Gary has worked in every aspect of sport from coaching to administration to event management to team travel for nearly 35 years.

As former owner of CSTT Sports Management Int’l (currently Sport Travel), he worked in all areas of event management at the local, provincial, national and international levels.

Gary was the event manager for the successful 2014 MasterCard Memorial Cup in London which was nominated for CSTA Canadian Sport Event of the Year.

In addition to his lifelong commitment to sports, he has also served on the Boards of Tourism London and the Canadian Sport Tourism Alliance for eight years.

He has been a presenter at the prestigious TEAMS conferences in 2001 in Salt Lake City, 2002 in Chicago and 2003 in New Orleans and at many Canadian Sport Tourism Alliance conferences.

Gary is currently working on several projects in his new role as an industry consultant.